General characteristics of the Armenian alphabet

Armenian is written in its own alphabet, which was created by St. Mesrop Mashtots in 405/406 CE with the help of Catholicos Sahak Partev and King Vramshapuh. The primary concern for the invention of an alphabet was to make the Holy Scriptures and liturgy intelligible to the faithful.

The Armenian alphabet originally consisted of 36 original letters. They have also numerical values. To these letters, Օ օ [ō] and Ֆ ֆ [f] were added at a later stage, probably in the 11th century. A 39th letter also exists, և, but this is rather a ligature: ե + ւ (e + w) = և․

Primary sources from the 5th century about the origin of the Armenian alphabet and its inventor Mesrop Mashtots include Koriwn [Koryun] (disciple and biographer of Mesrop Mashtots), Movses Khorenatsi, and Łazar Parpetsi.

Presented in Table 1 are:

● the Armenian letters (majuscule and minuscule),
● their transcriptions according to the HMB (Hübschmann-Meillet-Benveniste) system,
● their numerical values,
● and the corresponding letters in the Greek alphabet.

Table 2 shows the Modern Armenian alphabet with transliteration and phonetic values of the letters.

Mesrop Mashtots (the inventor of the Armenian alphabet) and his name

Mesrop Mashtots, the son of Vardan, was born in ca. 362 CE in the Hatsekats village in the district of Taron. Died in 440 CE at Vagharshapat he was buried at a chapel in Oshakan, a historical village not far from the town of Ashtarak.

The names of the Armenian letters

The names of Armenian letters can be seen in Table 3.

Table 3: Names of the Armenian letters

The Armenian word for ‘alphabet’, namely այբուբեն (aybuben), is the composition of the first two names of the letters that begin the alphabet ayb and ben and the conjunction u ‘and’.

The two-thirds of the letter names may be grouped according to their structural patterns:

The names of certain letters, such as ayb, gim, nu, o, pē, and vew, are reminiscent of the names of corresponding letters in Greek and/or Semitic alphabets.

Some authors proposed arbitrary etymologies for certain letter names. For example, ayb ‘the letter a’ has been linked with the Armenian word ayg ‘dawn’ on the one hand, and arp‘/arp‘i ‘ether, upper regions of the sky; sun’ and arew/g ‘sun’ on the other. Needless to say these comparisons severely violate the phonological rules and involve arbitrary semantical interpretations and are thus totally unacceptable.

The types of the Armenian script

Then there is բոլորգիր (bolorgir), literally ‘rounded script’ or ‘complete script’, which is a smaller script with both majuscules and minuscules, and an even smaller, more cursive script that is called նօտրգիր (nōtrgir), literary ‘notary script’. There is also a mixed uncial-minuscule (erkat‘agir and bolorgir) type.

According to the writing direction, languages may be divided into four types:

a) from left to right;

b) from right to left;

c) from left to right and right to left alternately, boustrophedon (from Greek adv. βουστροφηδόν literally meaning ‘turning like oxen in ploughing’);

d) vertical, from top to bottom.

Like most of the scripts known to us, the Armenian one is written from left to right and thus belongs to the first type.

The first sentence that has been written in Armenian letters

The first sentence written in Armenian by Mesrop Maštoc‘ after he created the Armenian alphabet is the famous phrase from Proverbs of Solomon 1.2-3:

The problem of pre-Mashtotsian Armenian writing

The existence of an Armenian writing system and literature before Mesrop Mashtots has long been a matter of intense debate. At this stage of research, we have no concrete evidence. It is more than probable, however, that the pre-Christian Armenians used some signs for ritual or magical purposes. Connected to this, scholars quote a remarkable passage from "Meknutyun araratsots" attributed to Yeghishe, in which one finds among activities that are considered as unacceptable for Christians “to draw written signs with alien thoughts” (awtar xorhrdovk‘ nšanagirs gcel).

Some ethnographic materials indirectly testify that prehistoric Armenians might have used birch bark for writing magic signs. In the Armenian district of Basen, according to G. Hakobyan (1974: 264), “they made amulets (hmayil) out of birch bark, put them into a triangular cloth, sewed and hung from the neck of beautiful children and animals to keep them away from the Evil Eye”. It is not specified whether there were written signs on these birch bark amulets. Nevertheless, there is some indirect evidence from Sasun, Hamshen, Xarberd, Van, Syunik, and Gharadagh which makes one believe that those triangular amulets, at least originally, contained magical writings.

This practice of writing magic signs on birch bark finds parallels, either genetic or typological, in other Indo-European traditions, namely Indic and Slavic. The bark of Skt. bhūrjá-- ‘a kind of birch’ was used to make writing material (attested in the Yajurveda). A similar practice is found in East Slavic: Russ. dial. beresto displays the meanings ‘birch bark’, ‘letter’, and ‘paper’ and is derived from the same PIE word for ‘birch’, *bh(e)rHĝ-.

Pseudoscientific theories about the origin of the Armenian alphabet

The Armenian alphabet became the subject of various pseudoscientific theories. Some of them ascribe divine meanings to certain letters in relation with their order in the alphabet. For example, the third and seventh letters, Գ [g] and Է [ē],  are taken as representing the name of Grigor Lusavorich (Illuminator) and the word ē ‘existence, being; Supreme Being’, respectively, and this is treated in relation with the divine numbers ‘3’ and ‘7’. In fact, the place of Գ [g] and Է [ē] in the alphabet is merely conditioned by the fact that they correspond to the third (γ / g) and seventh (η / ē) letters of the Greek alphabet, so the aforementioned interpretations are totally baseless.

There is a weird theory according to which the Armenian metal designations reflect their atomic numbers in Mendeleev’s periodic table of elements. For example, the Armenian word ոսկի (oski) is composed of o, s, k, and i, which are the 24th, 29th, 15th and 11th letters of the alphabet respectively, and the sum of their numbers, 24 + 29 + 15 + 11 = 79, reflects the atomic number of ‘gold’, that is 79. This “theory” is unacceptable for the following reasons:

The idea boldly contradicts the notion and methodology of comparative-historical linguistics; most of the Armenian metal designations have clearly established (either native or borrowed) origins, which cannot be reconciled with the aforementioned fancy idea.

The correspondence with atomic numbers works only in one or two cases. In order to adjust the remaining designations to the Procrustean bed of their “theory”, the authors had to undertake various manipulations violating the elementary sound laws or assuming non-existent wordforms. For example, the Middle Armenian word klaye(a)k, which is clearly a young loanword from Arabic, has been forcefully made †kalay, and erkat‘ ‘iron’ was mysteriously changed to †ang.

For other pseudoscientific theories on the Armenian alphabet, see the paragraph entitled “The names of the letters”. 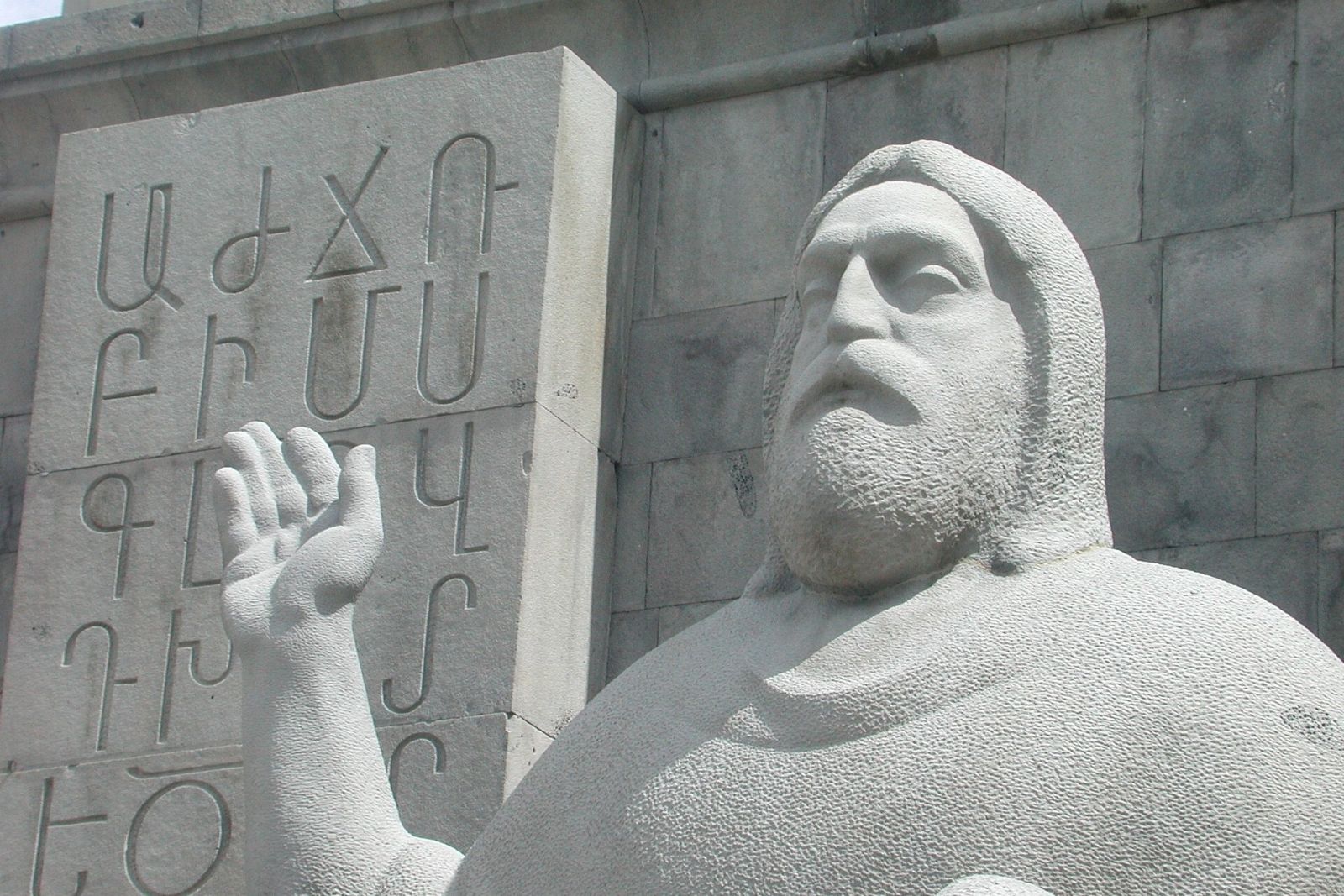 All You Need to Know about Armenian Language 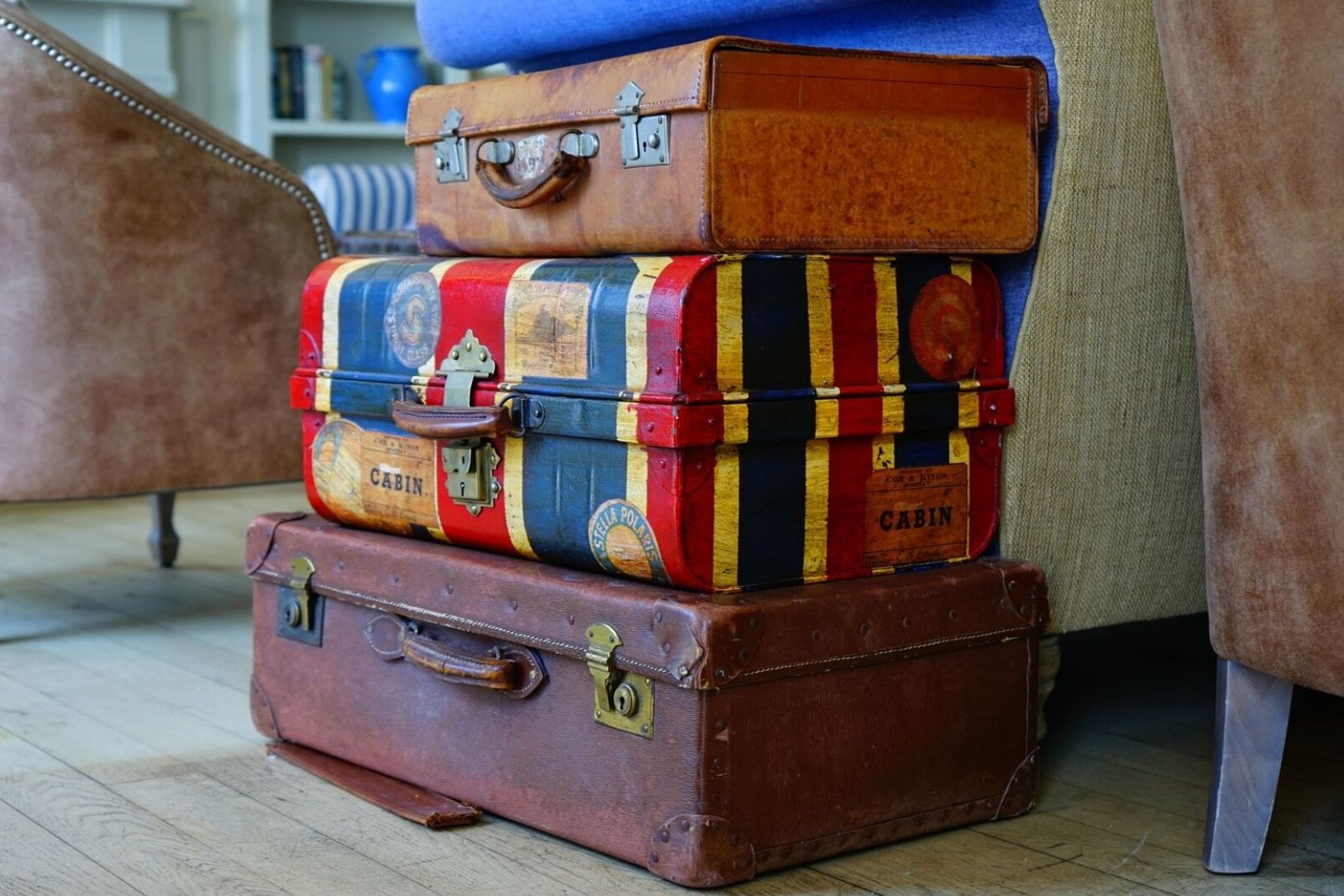 How to get an Armenian visa for ASPIRANTUM language courses 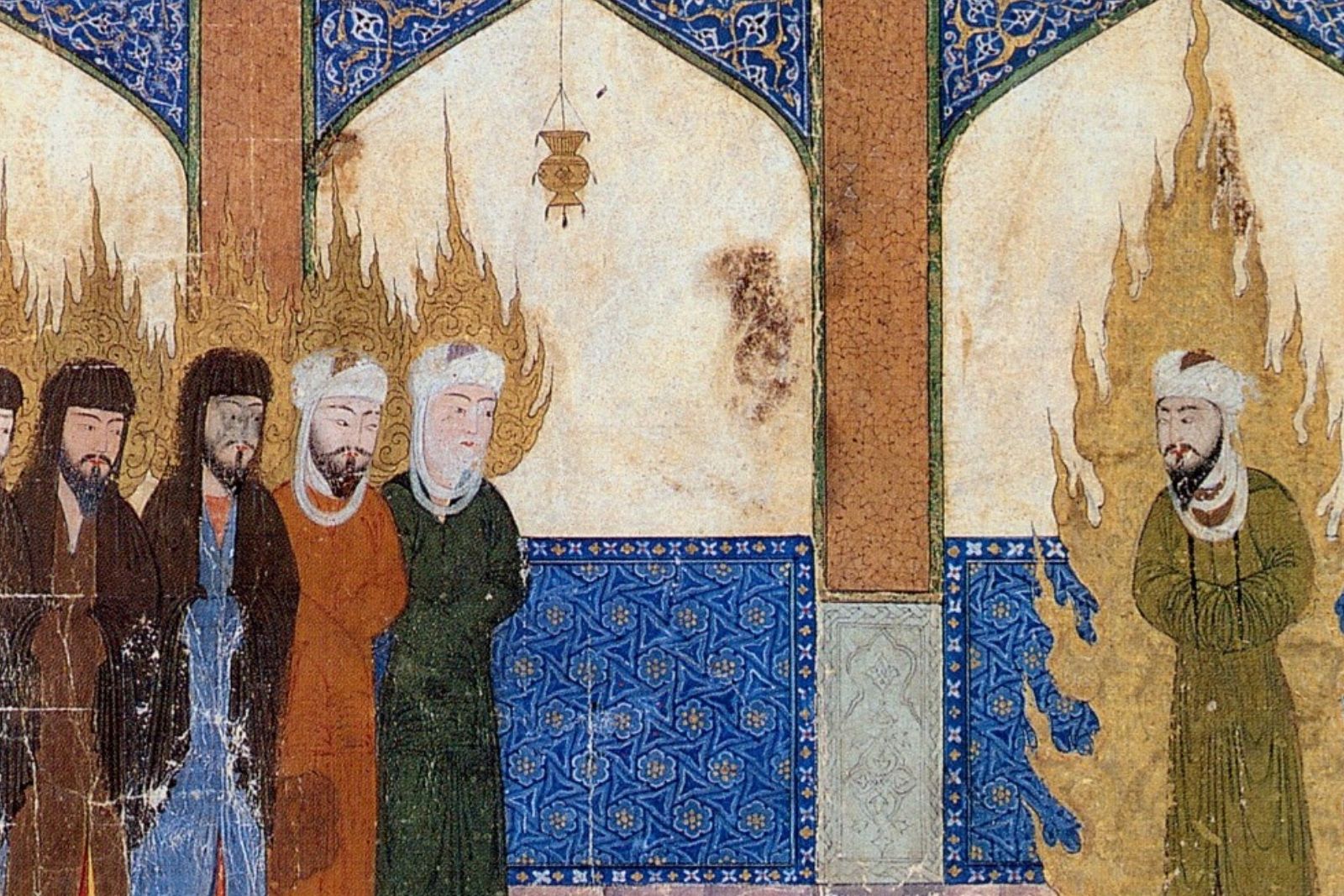 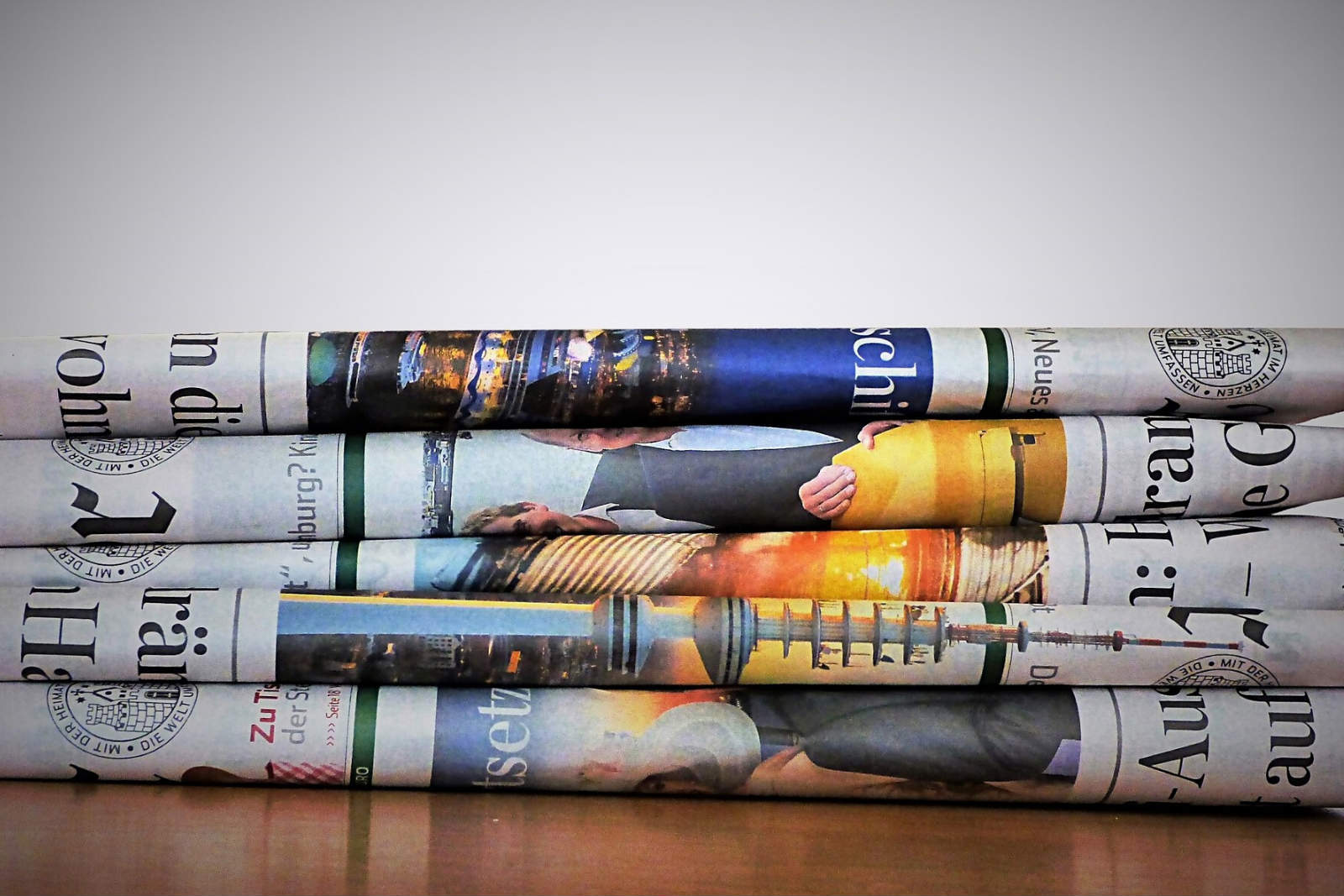 The Most Popular Armenian News and Media Outlets