Cats are adorable creatures. They have been living with humans for thousands of years.

Today the videos that feature these little felines have on average millions of views. Many people share their houses with their cats.

And it wouldn’t be surprising if I were to tell you that cats were very popular also in the Ancient World. Egyptian sculptures, wall paintings, and cat-mummies are the most colourful and interesting witnesses of this popularity.

Their spread in Europe and the Near East started from Egypt, as is evidenced by the etymology of the word ‘cat’ (cf. Nubian kadis, Berber kadiska, ‘cat’). In many modern languages the word for felis catus is almost the same: English ‘cat’, German ‘Katze’, French ‘chat’, Russian ‘kot’, Armenian ‘katu’, Arabic ‘qiṭṭ’, etc.

Before starting the discussion, however, it would be nice to remember about the famous breed of Persian cats, that are native to Iran. In Iran itself they are more familiar with their traditional name, i.e. gorbe-ye šīrāzī or ‘Shiraz cat’. Today, Shiraz is the capital of the south-western Fars province in Iran, the historical homeland of the Persian tribes.

This traditional name (Shiraz cat) has also been adopted by the Arab-speaking population of the Middle East, and sounds ‘qiṭṭ šīrāzī’ (قط شيرازي).

In Classical Persian literature we have the word gorbe mentioned multiple times. Here is a nice example from Sa’di (13th century):

The cat is a lion when catching mouse

Now let’s talk about the etymology of the word گربه ‘gorbe‘ itself.

The current word for cat in Persian goes back to two Middle Persian forms: gwlpk [gurpak] or gwlbk [gurbak], as you can see on the following chart: 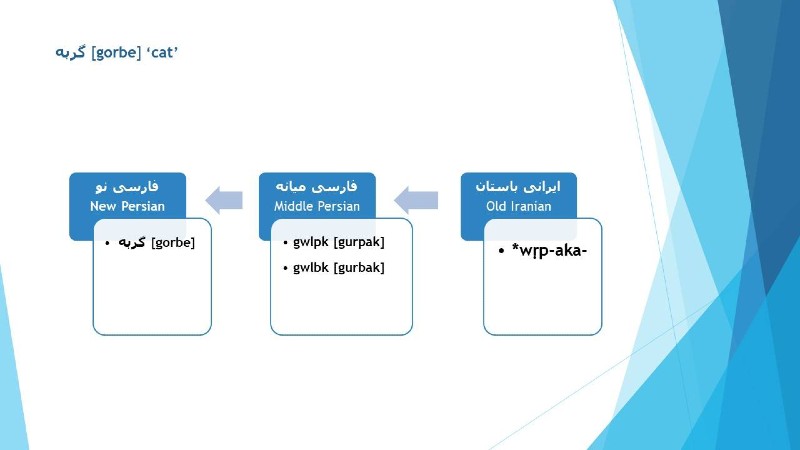 These two Middle Persian words in turn go back to the reconstructed Old Iranian form *wṛp-aka-.

The Middle Persian word gurbak and its derivatives are not common to all Iranian languages and dialects. However, a number of dialects, all of which belong to the south-western branch of the Iranian languages (like New Persian, Kumzārī, Lurī, Baškardī) have indeed preserved the word gurbak in their different dialectical variations, as you can see on the chart below: 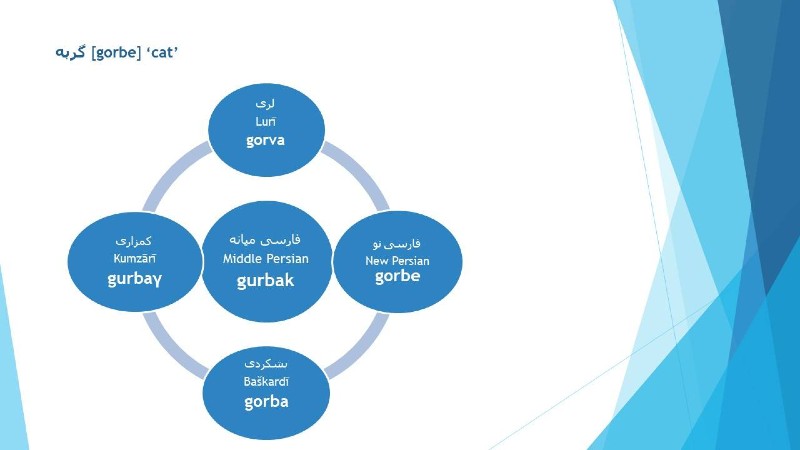 In other Iranian languages that do not have the derivatives of Middle Persian gurbak, we have various words with the meaning of ‘cat’, like pīšī, pōšak, nāzī, nāzū, mīlī, etc. All these words are formed on the basis of the sound by which the speakers of the respective languages are used to call their pets.

Words of the same character also appear in the sister dialects of modern Persian, i.e. Dari, Tājīkī, and Caucasian Persian. In these languages the words used for cats are the following: pišak (Tājīkī), pešak (Dari), pišik/nozu (Caucasian Persian). These forms have replaced the traditional forms coming from the Middle Persian gurbak. 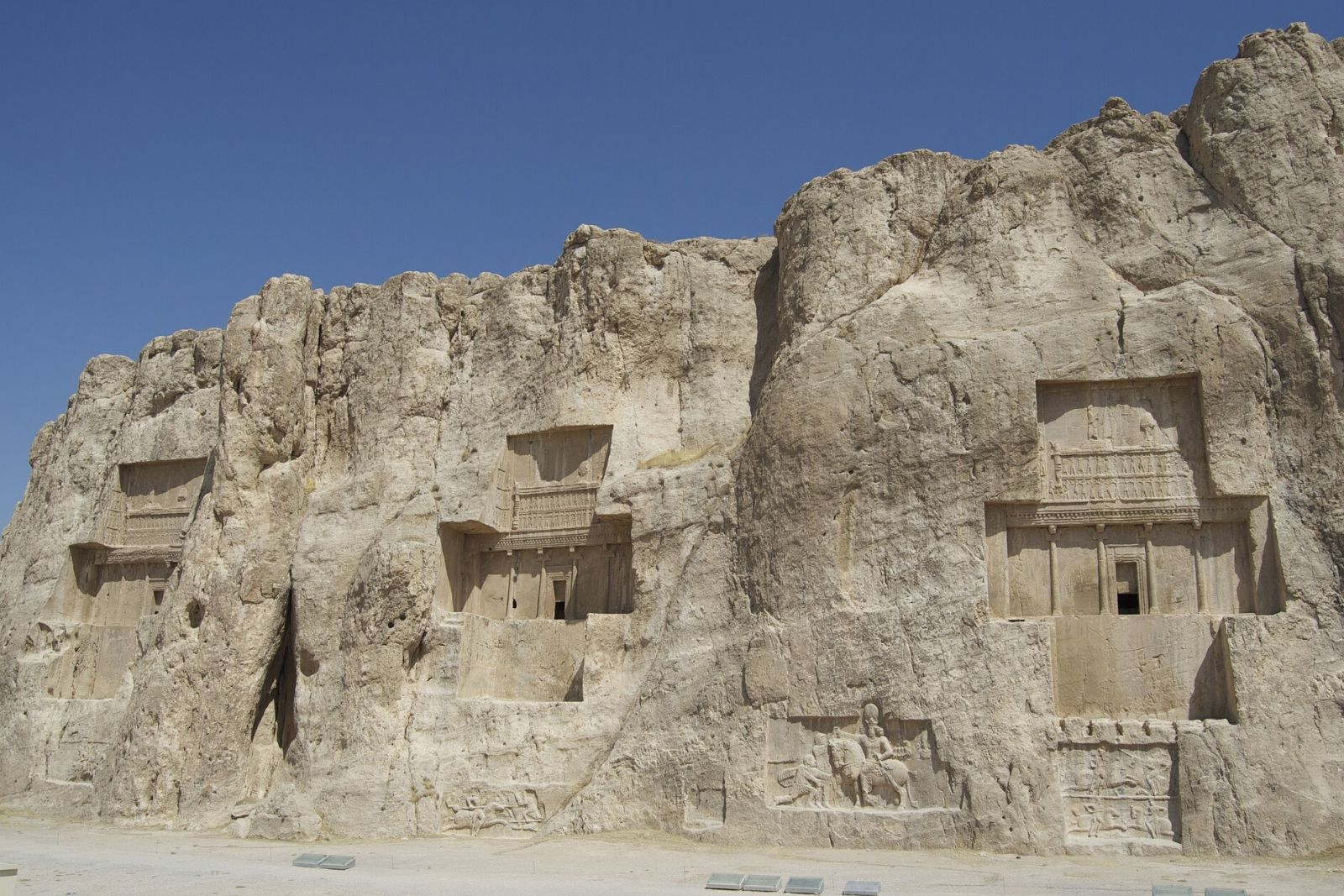 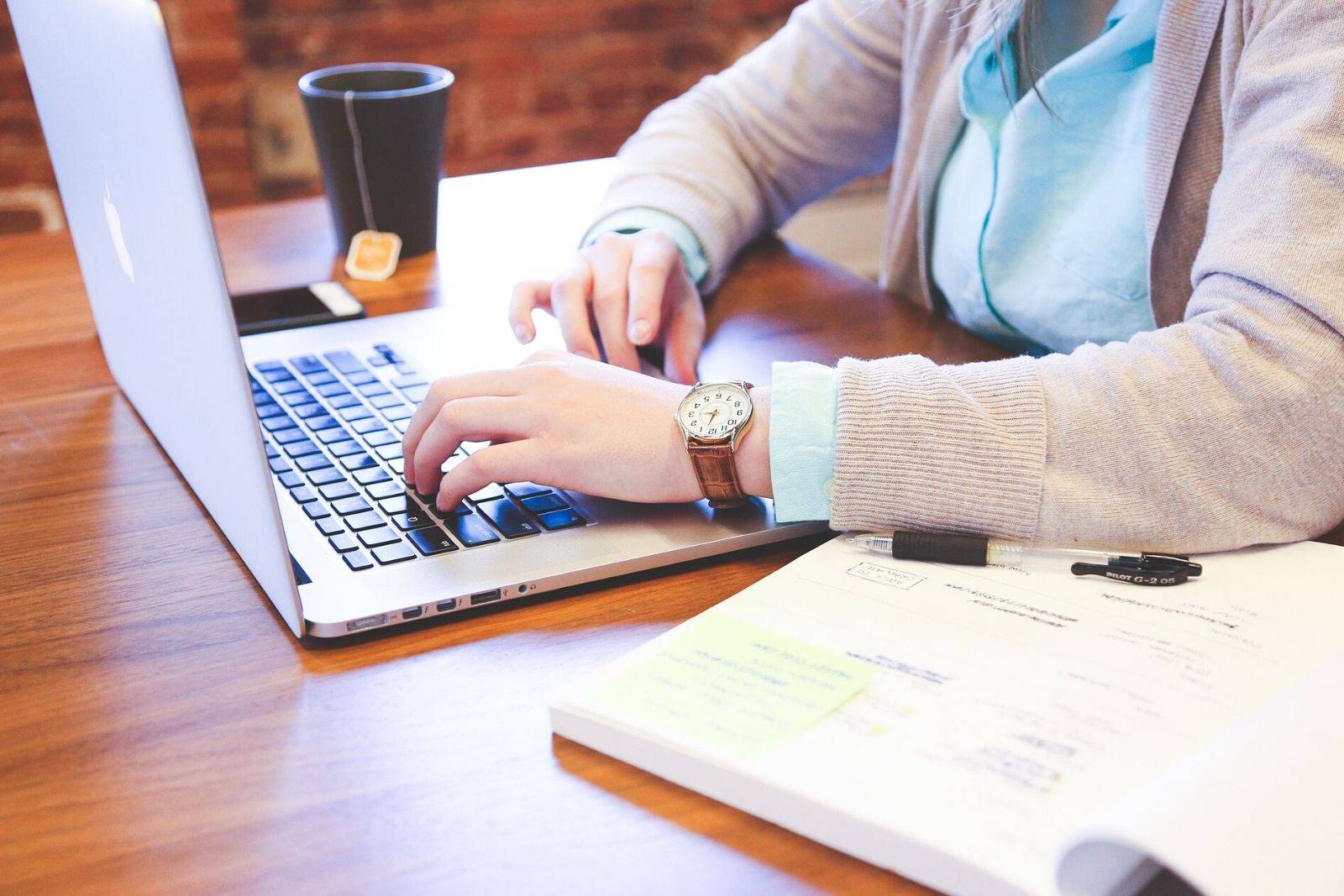 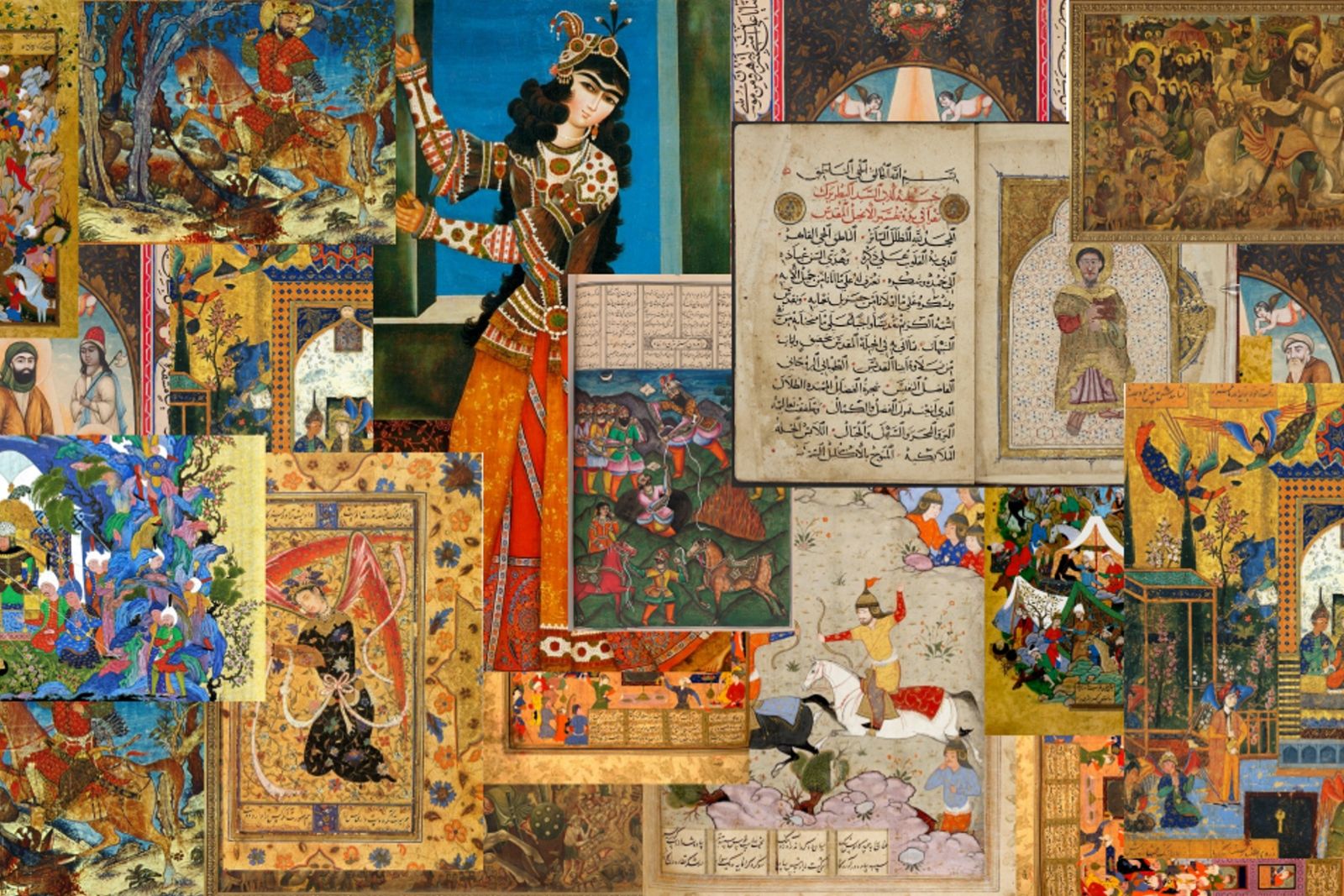 Where to Learn Persian in Iran? List of Persian Language Courses in Iran